Showing posts from March, 2018
Show all

In Employment Termination Context, "Cause" Means Something 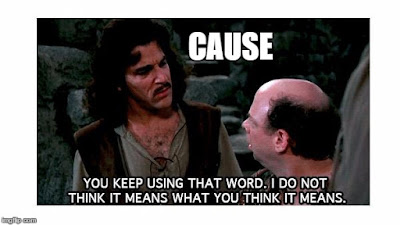 What does "cause" mean?  In McManus v. Richards, an orthodontist was buying into a practice group, but four years into the buy-in contract, when she had paid for a 45% interest and was nearing equal partner status with the other orthodontist, she was fired for "cause."  The two doctors had apparently fallen out and the one buying in informed the other of her intent to dissociate from the practice, so she was fired preemptively.  She showed up to the office one morning, and the locks had been changed, computer passwords changed, and she was excluded access to patient records.

As we often see with such ownership buy-in arrangements, there was a buy-in contract, but no separate employment contract.  The buy-in contract identified party rights to dissociate, voluntarily or in event of "cause," but "cause" was not defined.  The existing practice owner argued that in this case the word "cause" was merely as defined by the dictionary - any …
Post a Comment
Read more
More posts